I spent the time to look back and curate a playlist of my favorite tracks from the past year on my SoundCloud account. I really dig house music. A lot. And amazing things have been happening in the in the genre the past few years . ‘House’ is a pretty broad descriptor of what is probably hundreds of sub genres, that I’d broadly define as any electronic music that follows the lineage of coming from 90’s club (think Haddaway), 80’s R&B funk and soul, 70’s disco to gospel. I think its best characterized by a sense of positivism, love, human unity and a sort of simultaneous acknowledgement of and aloofness from perpetual human strife. Fun, sexy, melancholy, brooding and rapturous. The list is roughly in order of my favorites first. Enjoy!

I recently deployed a website for my fathers dental practice. It’s dead simple but I wanted to get some experience with very manually taking a website from zero to deploy, as opposed to opening a Tumblr or a similar solution. The design started with the HTML5 boilerplate and I used the grid system component of Twitter’s bootstrap. I wanted a simple, professional and relaxed design, so I picked some textures off Subtle Patterns, chose the font ‘Gentium Basic‘, and a color palette that I thought portrayed those qualities. It included a nice little slideshow.

I decided to convert the original static design to a WordPress theme. I created a child theme that abandoned everything but some basic WordPress functionality from the parent theme. This step is relatively simple, though CSS tweaking and whatever else can go wrong when you’re interpolating HTML and CSS made it a bit tedious. For hosting I used a local provider Stackd. The project was a nice exploration of CSS grid systems, WordPress architecture and modern web design. 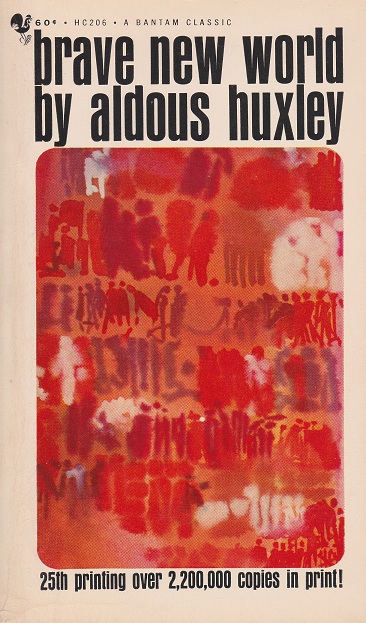 Brave New World, for those who don’t know, is a highly regarded work of science fiction written in the early 1930’s. It portrays a Utopian ( dystopian ) future world where efficiency and progress are paramount. Here is a short synopsis of the future world; The most efficient number of upper, middle and lower class workers is controlled by a complex artificial reproduction process. People are intentionally made mentally handicapped and afraid of things to suit their occupation. This is done through malnutrition and mental conditioning in child development. People’s place in the workforce is the sole reason their creation. Workers are kept happy through constant social and sexual activity as well as escapism through a drug ( named ‘soma’ ) with no adverse affects.

The major forces at play in the book are progress, efficiency, and happiness against mysticism, faith and the arts. Huxley is revealed in the pages to be a man very interested scientific and social progress, though his knowledge and love of the arts ( primarily Shakespeare, from whom the work draws its title ) are obviously just as valuable to him.

My main takeaway from the book is the raised leeriness of that which I was conditioned throughout my youth to accept as virtue and success. Also the dangers of escapism and encouragement to go against the progress for progress sake mentality portrayed in the book as well as present in modern culture, and to continue to focus my efforts on literature and the arts. The book is a short read, a bit preceded by its own influence eighty years after its printing, but none the less an essential to any scholars library. It directly raises awareness to modern culture’s tendency to obscure the philosophers goal of intensifying and refining human consciousness.

A little trivia about Huxley, he succumbed to cancer same day as United States President Kennedy was assassinated ( November 22nd 1963 ). He became involved with mescaline and LSD later in his life and believed in their potential to clear the interference of human perception. His last request was for his wife to dose him heavily with LSD.

While writing the bulk of this post I followed the Wikipedia page on Brave New World down the rabbit hole and found Huxley to be an extremely intelligent man, warranting a post dedicated to his nonfiction.

I finally have gotten around to reading The Pragmatic Programmer, a step towards improving myself as a developer I feel I would have been wise to have taken sooner.  I’m finding it to be a very easy and bountiful read. The book thus far seems to avoids long-winded explanations, (very opposite to Code Complete) and gives advice applicable to nearly any software development environment.

“[…] exactitude in some small matters is the very soul of discipline.” -Joseph Conrad

The book seems to advocate being a pragmatic, wise and disciplined developer with broad knowledge domain. The tip in the book’s preface to “Think about what you are doing” caught my interest immediately, as my inaugural post on this blog was unintentionally the same advice. I also liked the quotes that preface every segment, as they came from wide array of  sources and give the impression that the authors are cultured humans with a wealth of experience.

Being disciplined gives you the right mindset to become great at what you do. You will admit to your mistakes and learn from them, as well as continually and systematically gain knowledge and improve skills. I would recommend this book to any aspiring software developer.

Taking time to design is the first step towards crafting quality software. It is the advice that everyone has heard many times and is still very worth repeating. Design is simply thinking about what you are doing before you do it. Most all practices and methods in design are intended to make do just that. Many developers tend to over-think design methodology. With hot-topic methodologies and practices paired with very opinionated developers, attempting an analysis of all design methodologies can be deceptive, frustrating, and endless. I think the best advice is to be sure to think about and have a clear idea of exactly what you are doing and how it accomplishes your goal.

Scale can be deceiving

Sometimes the most frustration encountered when working on software projects is not accomplishing a task in your desired time frame. A common cause of this is assuming a task or modification will be simple and diving headlong into writing code. Hours later you find yourself in a tangled mess of code that has a very unclear concept of what it is actually doing. Scale can be deceiving. Don’t let the simplicity of a high level software problem trick you into writing code without forethought. Plan your solution so you can write clearly, concisely and intelligently. You will save yourself from having to hack your way out of a confusing mess, if not having to completely scrap an entire first attempt.